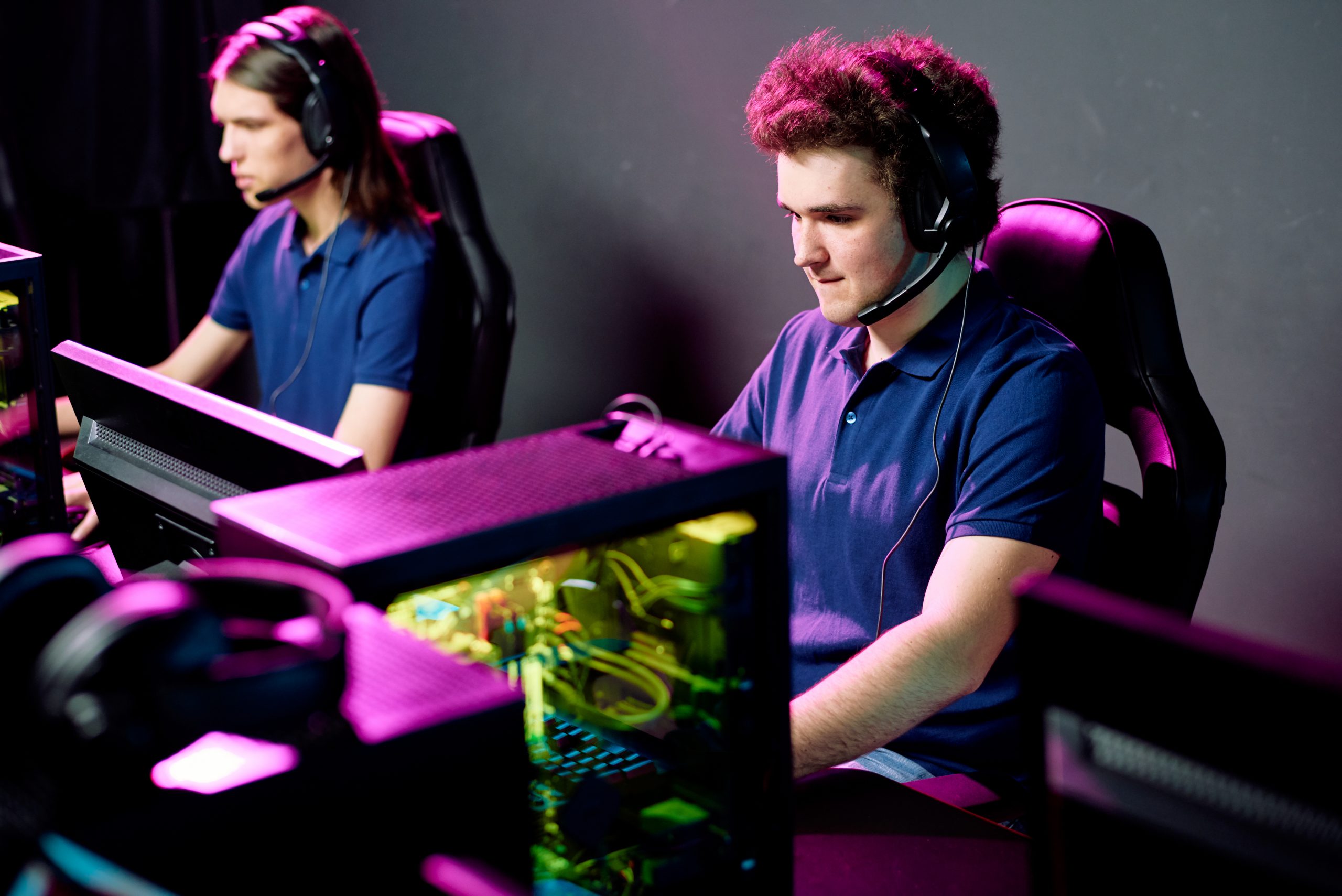 Will the live sports lockdown see marketers switch to e-sports?

There are countless impacts of the current Covid-19 pandemic across the globe, but one industry that has been forced into almost total shutdown is that of professional sports.

The majority of professional sports team across the world have seen their activities unilaterally shut down – not only their fixtures, but in many cases all forms of training – and have also been told to expect that when their games do go ahead, it could be without spectators for several months at least. The professional sports is feeling the pinch.

While there are many different health and safety concerns affecting the global sports industry at the present time, the online nature of e-sports makes it much more Covid-proof in a variety of ways. Of course the in-person tournaments also hold great appeal within the e-sports world, but it is certainly possible for many e-sports competitions to go ahead fully socially distanced and broadcast on Twitch and to feel relatively normal in a way that physical sport simply cannot replicate at present.

It’s a fascinating case study to look at how Covid-19 is affecting professional sports leagues in comparison to the emerging e-sports scene. Most notably, whether some companies could be switching their marketing budgets over to e-sports for the foreseeable future.

How much are pro sports leagues worth?

Taking a cursory look across the annual revenues of some of the world’s biggest sports leagues offers some mind-boggling figures, with the NBA bringing in over £5.5bn per year, the Premier League just ahead of them at £5.7bn, Major League Baseball turning over more than £8.6bn per year and the NFL leading the way at a staggering £9.9bn.

While there are many additional entertainment, merchandising and licensing opportunities around many of these sports teams, ultimately the majority of the revenue depends on there actually being a “product” on the field. Sadly, with the health risk created by holding sports competitions at present, let alone holding them in stadiums packed with cheering fans, the landscape is highly uncertain at present.

How has Covid-19 impacted sports marketing?

This lack of on-field action could see reduced income in a number of areas, but one of the biggest will be in the realm of media, marketing and advertising.

We have already seen many of the major TV networks question how much of a reduction there should be in their TV rights if the existing European football seasons are truncated or left incomplete. Likewise, in North America, one of the main reasons they are looking at every possible avenue to continue with the NBA season as fully as possible is because the majority of teams have contracts in place that require them to play at least 72 televised games to trigger their full TV contract payouts.

In essence, advertisers want to be in front of as big an audience as possible, as often as possible, and if live sport isn’t happening - or even if it is going through an ‘on again off again’ period due to health concerns - advertisers could start to look elsewhere. Whether this shift of focus is temporary, or permanent, remains to be seen.

Plenty of advertisers are identifying that the closest audience to their live sports demographic is found in the e-sports community, particularly amongst younger generations. While many would still contest that e-sports could never match the experience of “real” sport, there is an ever-increasing market for the e-sports scene, unsurprisingly bolstered by the fact that it can deal a lot more easily with the need for social distancing than in-person sports experiences.

Stadiums are expected to remain empty for the foreseeable future.

Has online gaming increased during lockdown?

In fact, not only are we seeing surging numbers of online gamers - with Verizon saying US-gaming numbers were up over 75% since the beginning of lockdown - but we’re also seeing online viewership of professional e-sports leagues increase globally, as well as one further interesting phenomenon.

The past few weeks have seen a number of pro sports leagues take their competitions online in some form, with tournaments such as the Premier League Invitational seeing one player from each team compete in a Fifa20 knockout tournament, as well as a number of F1 drivers driving against each other online with the races broadcast on Twitch. These broadcasts are attracting thousands and in some cases tens of thousands of viewers at a time, showing the level of appetite of fans to connect with their favourite athletes and/or teams in any way possible.

In fact, the near-limitless potential of the e-sports market has already been noticed by many professional sports teams, many of whom have established their own e-sports teams and begun the process of recruiting local - and in some cases international - gaming talent for the respective leagues they have entered.

Recruiting a set of gamers identified on Switch may seem a far cry from scouting a young shooting talent in the high-school basketball gym of a US midwestern farming community, or surveying the skills of a gifted winger down on Hackney Marshes. In some ways it may have sports traditionalists up in arms, but essentially, most major sports clubs these days are big businesses as much as they athletic entities and the number of revenue streams being explored has increased exponentially over the past 10-15 years.

In terms of specific example, football teams including West Ham, PSG, FC Schalke and VfL Wolfsburg all have their own FIFA professionals, while in the NBA, not only do over half the league's 30 teams employ NBA 2K professionals, but several teams including the Golden State Warriors, Sacramento Kings and Houston Rockets also have their own League of Legends teams, presumably done with a particular awareness of the synergy between NBA fandom and e-sports fandom in the rapidly emerging - and increasingly wealthy - Chinese fanbase.

What is the projected growth of e-sports?

Understandably, many financial projections are in flux right now, with a number of professional sports leagues adjusting their financial estimates down given a lack of events, the prospect of playing without crowds and the aforementioned issues with TV companies asking for a portion of their broadcast deals back. Recent projections suggest that the most recent TV deals for many European football leagues could be the largest they ever receive, with the next deals seeing somewhat of a reduction in terms of the prices paid.

On the other side of the spectrum, e-sports financial projections continue to increase, with the pre-Covid estimates (of growing from £830m in 2019 to over £1.45bn by 2023) actually being revised up with the amount of advertising pounds that are flooding into the e-sports market at the present time.

Such is the nature of e-sports, it could be argued that it is better primed to convert eyeballs into purchases than pretty much any other industry right now. Not only do you have highly targeted demographics tuning in - namely a lot of 16-40 year old males - but they are only a second away from opening up another tab browser and checking out the product or service they’ve just seen advertised. This makes it a highly attractive proposition for advertisers.

They are also highly tuned in terms of interests, and there is the added intrigue of there being - on a surface level at least - a much clearer route to go from spectator to participant, from fan to competitor, within the e-sports market. Take the example of the hugely popular Ultimate Team format within the FIFA franchise.

The professional players compete within the same Weekend League format as the 'regular Joe'; in fact the performances they achieve within those leagues go some way to determining their qualification for a range of regional and international e-sports tournaments. So, what's to say that with enough practice, a regular fan couldn't up their game to the level that they win as many games as the pros and come to the attention of e-sports teams?

Compare that to professional sports, where it generally becomes clear to most that if you're not at least 6 feet tall and an athletic specimen then you can kiss any chance of an NBA career goodbye, or if you've not been scouted by a professional football club by the age of 16 then - but for a few notable anomalies - your chances of a career as a footballer are slim to none.

E-sports appears to offer a much smaller leap to success, even if the standards are absurdly high at the top level, and the fact that you are playing on the very same format as the pros allows fans to feel even more engaged in the playing process, which often translates to the buying process. This is something many of the more switched-on marketers now see clearly.

So, what’s the verdict?

Ultimately, we think that while you will see some companies move their advertising spends from live sports to e-sports, overall the commercial partnerships between many professional sports leagues and their primary sponsors are strong enough to withstand the current lockdown, depending on how long it continues.

Notably, some sports are even returning, with Germany’s top football league the Bundesliga returning tomorrow, May 16th, although opinions on the wisdom of this move are mixed.

That said, e-sports doesn’t need to take all of the advertising spends previously directed to professional sports, it only needs to take a portion of them to continue its astronomical growth. Overall, there’s still plenty to go round, and the two can co-exist - maybe even complement - each other. So, we would expect to see e-sports to continue to grow, and in many ways become an even more attractive collaboration for many sports teams and owners.

That may not be the way anyone imagined things a few decades ago, but if there's one thing e-sports proves, it's that there's no limit to the human imagination and potential, as long as you have a reliable internet connection!

Make the most of your digital marketing options

Whatever the nature of your business, it is always worth thinking through your current digital marketing options and how you can become more effective in connecting with your target audience in the most compelling way possible.

This has never been more true than during the present crisis, so if you’re looking to put together a personalised digital advertising strategy - whether for the e-sports market or anywhere else - that makes the most of your current budget, our team would be happy to speak to you today.

You can get in touch by calling 0151 321 2320, by emailing us on hello@weareweb.com or by filling out one of the Contact forms here on our site so that we can get back to you and find the ideal digital marketing plan for your current position and future growth.