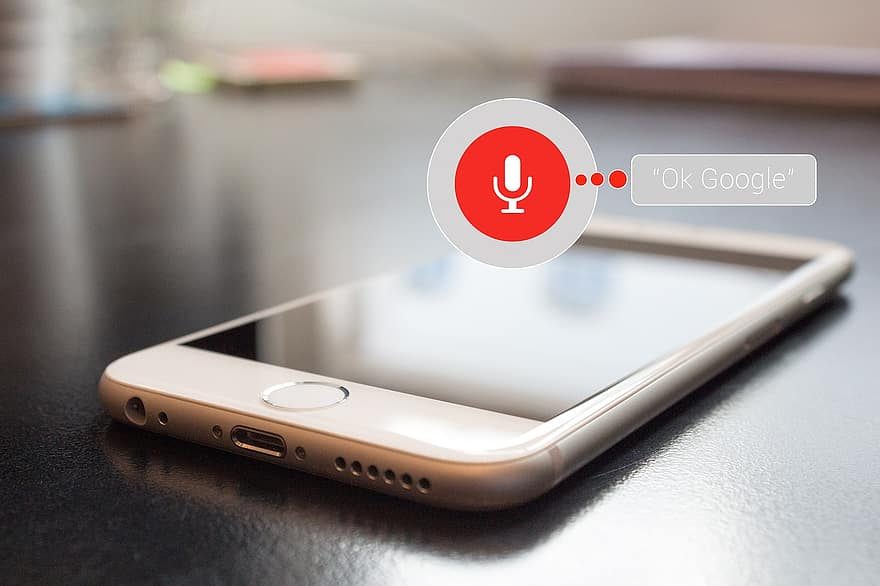 Is voice search about to change the game in 2018?

It doesn’t seem that long since we traded in the yellow pages for the computer keyboard, then the keyboard for the smartphone touchscreen, but it appears that search engines will be changing for many, we could soon be doing away with our fingers altogether when it comes to searching online.

While the process of search moving to online has been happening for many years, 2017 was the year that online search moved into the home in a variety of fresh ways. We thought we’d take a look at the major changes that have already happened, then take a glance at what’s to come in 2018 to see if voice search really is going to take over as the dominant search medium.

What we know so far…

There’s mounting evidence that Google may be closely linking voice search optimisation to their featured snippets which offer prime placement in search engine rankings. If that’s true, it shows that considering voice search as a key SEO strategy factor is going to offer a variety of benefits.

We’ll let you look into that more yourself, but for now we’ll focus on some of the fully documented voice search developments that were most prominent in 2017.

While the Amazon Echo launched in 2015 and Google Echo in late 2016, it was 2017 that they really became a household name, no pun intended. These devices have moved from the realm of science-fiction into being a viable addition to the functionality of a household, with a device such as the Amazon Echo allowing you – or should we say Alexa? – to use voice search to find music, news and much more

The numbers tell their own story; 1.7 million voice-first home devices shipped in the US in 2015, 6.5 million in 2016 and 25 million in 2017. An increase of more than 300% in sales year-on-year is striking in any industry, but with more than 12 million of those 2017 sales being in Q4, it’s a sign that there could be even bigger sales to come. That’s just the US, with the global picture featuring China at a striking 64% adoption rate for voice search

Oh, and a little company you may have heard of released the Apple Homepod later this year. So there’s that.

The range of voice-activated home assistants aren’t just increasing in their presence in homes, 2017 also saw them continue to add to the range of services they offer. Take the Google Assistant for example, which saw the standard traffic, news and weather updates and raised the level to letting you make announcements throughout the house or entertain your children with a range of fun skill games.

There’s also the impressive ability for these voice search assistants to learn and improve as they go. We know, that sounds like the stuff of creepy sci-fi movies, but don’t worry; they’re not looking to take over your house - yet. What it means, is that while a standard Amazon Echo arrives with around 1,500 skills in its capability list, you can enlist a variety of apps to teach it to carry out more tasks – up to 25,000 at current count – allowing it to complete a range of useful tasks, including booking an Uber, reading you an eBook or ordering you a coffee.

These are just a couple of the developments over the past 12 months that suggest voice search is becoming more prominent and natural within our daily lives. That’s without mentioning more sophisticated smartphone, tablet, games console and Smart TV capabilities in the realm of voice search. Also, the AI that fuels voice search has also become better at judging listener’s search intent based on their location and recent searches, and most importantly, it’s even getting better at understanding a variety of regional accents!

Obviously the aforementioned venture into the voice-activated home assistant market from Apple will be a game-changer, not just because they’re likely to bring some new and innovative features to the table, but because it will force the likes of Amazon and Google to raise their design standards and functionality even further.

The more that people have access to voice search, naturally the more of a proportion voice search will take within the overall search market. With this in mind, it is certainly worth businesses looking into how they can plan voice search into their SEO strategies, as well as considering the unique differences that voice search may bring to the way that people search.

Overall, as noted by a number of industry experts, it’s not so much about whether 2018 will be seen as ‘the year of voice search’ as opposed to the inevitable shift that will see voice search become a more and more natural part of online search over the next few years. It won’t be the preferred method for everyone, but it will certainly play a huge part in many people’s online search choices, so it’s definitely a factor we’re considering with our clients, both in terms of their web design and content marketing. It's something we think any business should be looking into. Contact us for further details.